“Hey dude, maybe you should wait for some help…”

The “Aphorism”:  “Act In Haste, Repent At Leisure” — is a phrase which is more common in European English, but is basically the same in meaning as The Common Tongue phrase:  “Haste Makes Waste”.

Let’s Break It Down…

So, To Put This Phrase In Different Words, One Could Say…

“If a person acts in a hurried or rushed way — without paying close attention to what he or she is doing — there is a good chance that (later on), the same person will be rather upset about the results of his or her actions…  (and will most likely have to go back and do whatever it was he or she was doing, all over again.)

Let’s imagine that a man has just bought a brand-new gigantic Flat-Screen TV.  He got a great deal on it because it was the last model in the store.  (He’s not worried about the fact that he didn’t get a warranty, because he got a really good price!)  He has also gotten the equipment to hang the TV on the wall…  (this is gonna be GREAT!!!)

He Reads The Directions…

“When attaching unit to wall, it is necessary to mount to a stud or cross-beam.  Do not mount only to drywall!”

“Well, I’m a stud”,  he thinks.  😎  “Besides, I don’t have the proper tools to locate where the studs and cross-beams are.  And I’ve never had any pictures or shelves fall of the wall.  It looks pretty sturdy to me.”

So he confidently presses on with mounting the TV to just the right spot.  Above his entertainment system and gaming units.  Now, he can wire everything together, and it will be super-freakin’ awesome!!! 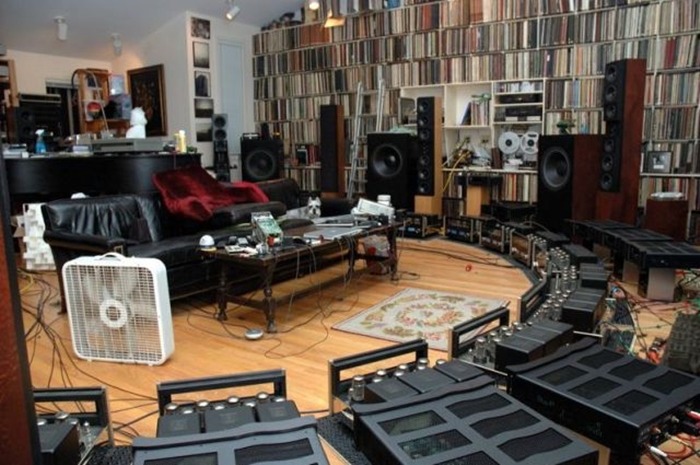 Yeah, I know… there isn’t a single TV in the system… but it’s still freakin’ AWESOME!!! 😀

But…  There Is A Reason For The Warning…

Mounting the TV to the wall (as it is done with flat-screens) puts a large amount of stress on a very small space, unlike shelves which displace the stress over a larger area.  So then the TV falls off the wall — creating a very large hole — breaking the TV and damaging all of the equipment underneath…

All With No Warranty, Of Course 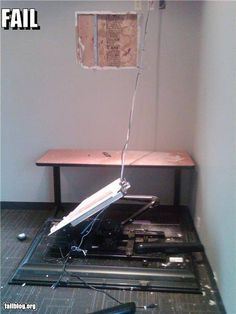 And so…  since he “acted in haste” (by not following the directions), he will be “repenting” his terrible decision…  Mostly because he has no TV;  no entertainment system;  and no gaming consoles — with-which to enjoy his “leisure”.

(And Don’t Be Stupid… Think Before You Act)