Posted by The Teacher | English Grammar | 0 | 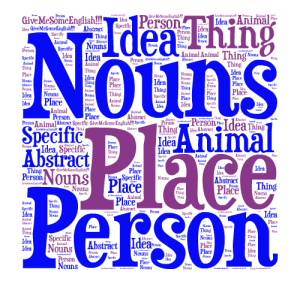 [su_dropcap style=”flat”]A[/su_dropcap] Singular Noun refers to only one person, place or thing, event or idea.  And, a Plural Noun refers to any number of items that is more than one.

Changing From Singular To Plural Form

[su_dropcap style=”flat”]I[/su_dropcap]n most cases, to make a Singular Noun into a Plural Noun, one only needs to add an “s” or an “es” combination to the end of the word.  The Nouns which can be modified in this way are referred to as, “Regular Nouns”.

[su_dropcap style=”flat”]T[/su_dropcap]here are some Nouns which have a different spelling when they are changed from the Singular to the Plural form; other than the standard “s” or “es” ending.  In Grammatical Terminology, this type of Noun is referred to as an “Irregular Noun“.

[su_dropcap style=”flat”]T[/su_dropcap]here are also other types of Nouns which have the same spelling, regardless of whether the Noun is in the Singular or the Plural form.

(although in England, they like to say “Fishes”…  Silly Brits!) 😀

For A “Live” Explanation Watch The Video Below

[su_dropcap style=”flat”]I[/su_dropcap]n the video, the speaker made an interesting point about the word, “fish”.  Perhaps, a better way of speaking about more than one variety of fish is to treat the word “fish” as an Un-Countable Noun (which it actually can be in some situations).  In this case we need to use a quantifier to say “how much” or “how many”.  Something like this…

“There are many different varieties of fish that live in the Ocean.  Many of these fish are quite delicious.  But for some people, eating fish can be a very un-pleasant experience.”

[su_dropcap style=”flat”]T[/su_dropcap]he under-lined clauses are the quantifiers.  In the first two instances of the word “fish” they are both made “plural” by the quantifier.  In the last instance of the word “fish”, it is actually being used as an Un-Countable Noun, to refer to “fish” in general…  (Pretty versatile little nouns they are, huh?) 😉

I Hope That Helps

[su_dropcap style=”flat”]I[/su_dropcap]f you have any questions about Singular, Plural, or Irregular Nouns – or if  you would simply like to argue with me about whether the plural form of “Fish” should actually be spelled and pronounced “Fishes” – then don’t hesitate to leave a message below.

Actually I’m kidding, I don’t really want to argue…  If you prefer British English, then use it!  That’s great… I just like to make fun…  because fun is awesome!!! 😀

[su_dropcap style=”flat”]A[/su_dropcap]nd remember that if you find GiveMeSomeEnglish!!! to be educational, entertaining, or you really wish we would burn in hell for making learning English fun for people who hate the traditional school system,  because they actually like to use their own brains…  then by all means…  tell the whole world about how much you either love or hate us…