Today’s lesson comes from the “Industry Terminology” section of the GiveMeSomeEnglish!!! – Lexis Portal and also happens to fall in the category of “Yer Ing-Glish Sux!!!”.
.

The Idiomatic Phrasal-Noun:  (one’s) Higher-Ups is an old term which is usually used to describe the people in an organization or company who have some sort of “authority” over others.  Unfortunately, this term has also been around long-enough that some people use this term to talk about members of society in the same way.

So Where Did It Come From?

This term probably comes from the fact that, traditionally, large companies often occupied an entire building — or at-least a large portion of that building.  And, it is usually the executives of the company — (those who this term refers to) — who occupied the “higher” levels of that building.  There-fore — to a person who has a “lower” job in the company…

The Executives were literally “Higher Up” in the building.

(Thus the term.  But there is more to it than that…)

Despite the logical description from above — this is also an example of how (in the world of business) people often take perfectly good English and change it to fit some sort of “pop-culture” image.  And I’m referring to the “pop-culture” of “business”…  (yes, there is such a thing.)

The term “Higher-Up” is a Prepositional Adjectival-Phrase which is used to say that something (like the executives in the building) are at a “higher” elevation than some other thing.  Then by adding an “s” to the end of the term it becomes a Idiomatic Phrasal-Noun.

Un-fortunately, most people mistakenly neglect to add the hyphen in order to indicate that the adjective “Higher” and the preposition “Up” make-up a single term.  This is because it is not a “rule” to do so.  And even though it makes perfect sense — many people find it very difficult to be able to think or act in the absence of  any sort of “rules” to guide them.

Okay.  That’s a pretty common thing.  And according to the “rules” of grammar, it is not “wrong”.

That still does not make it “Good English”.  This is because, what it does do (and I’m referring to the lack of hyphenation, not the single term “Higher-Ups”) is that it, often-times, causes confusion for people who are learning English as a second language.  This is because they know that the word “higher” is a comparative adjective and the word “up” is a preposition.

And the answer is:  It shouldn’t!!!  And the reason for this is that:  what is essentially happening when a person refers to another as His or Her “Higher-Up” is — that person is implying, both outwardly and to His or Her own sub-conscious mind, that the other person is somehow better than Him or Her.
. 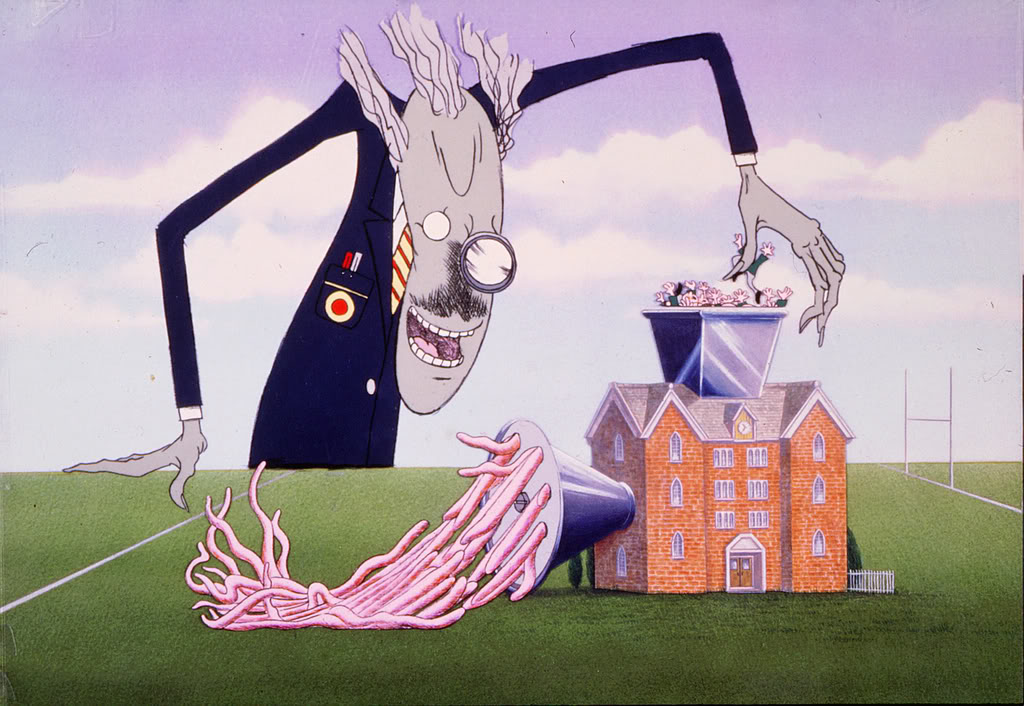 And this is how this term earns it’s way into the “Yer Ing-glish Sux!!!” category.

Because, this term is not only dis-empowering to the one individual, but it also falsely boosts the ego of the other — which, in-turn, only strengthens and complicates the original situation.

Another good question.  And the answer is definitely NOT to refer to those people as one’s “Superiors” either!  Although that would be “Better English”, and is the original term which the phrase, “Higher-Ups” replaced — that would even-more distort the truth of the situation.

To refer to a person that has more “authority” than another in a company or organization, one can simply refer to that person by using the perfectly acceptable and respectable terms of…

And if one is referring to someone who is not His or Her own “Supervisor” / “Manager” / etc. — but is referring to individuals in a company — in general — then the term:  “Executive” is perfectly fine, and is in no way demeaning to another.
.

There-fore — what makes this term one which I certainly do not recommend using, is because it is a term of sub-conscious manipulation & social class-distinction, which does NOT serve Mankind if We are to ever evolve out of our current reality.
.

A reality which which has been much-less-than acceptable for the majority of the people, for a very very long time.  And history has shown that this has been at-the-hands-of the very same people who consider themselves to be…

(and never sell your self short!!!)