.
The “Problem” of The Long A Pronunciation
.

Okay, so the problem is not actually with The Long A Pronunciation — but is, in fact, in the world of English language instruction.  And this problem is (from my experiential observation) that absolutely every text-book, almost all teachers, and virtually every organization which is set up to to teach the English language, lacks or suppresses the use of critical thinking.

Instead, they have been trained to simply keep repeating the same errors over and over again — usually because they think it will be too hard for them to explain.  Or, they think that the students will not be able to comprehend it.
.

The First Reason Being Very Selfish — The Second One, Quite Arrogant — & Both, Being Incredibly Foolish

.
Or, there is the third (and very-likely) possibility that they, themselves, have become so conditioned by repetition, that they can no-longer see that what they are saying is wrong.

This is not a new problem, but it certainly is a continuing problem.  And as such — will only get worse if it is not corrected.  But then, that is why I started this website 😎
. As I did not go to school to get a degree in English Philology, Linguistics, or any other related degree (thank GOD) — I don’t know if anyone in so-called “Higher Education” even talks about this problem…  (however, I highly doubt it, as it seems that they prefer to avoid problems as much as possible…  especially if it would mean that they would have to make some changes.)  So, I guess that it is left to me.

There Is NOT Only One “Long A” sound…  There Are, In Fact, Three…
That’s right…  There are actually three different ways that the so-called, “Long A” is pronounced

…Put Down Your Torches.

And those of you learning English — don’t worry…  you are ALREADY using all three!

That’s Right! – There Is Nothing Actually “New” To Learn!

(only something which needs to be explained – especially if one is using any of the GiveMeSomeEnglish!!! websites, in-order to aid in them in the Magnanimous and Divine process of becoming a Genius.)

A lot of textbooks, websites, teachers, etc. will probably try to teach the pronunciation of “The Long A” by giving examples of words like:

And then you would later learn (or maybe have already learned) that:
.

The “ay” combination is pronounced like “The Long A”.

The “Ai” combination is also pronounced like “The Long A”.

And this information would not be terribly “wrong”.  However, if one were to listen carefully to the way that a native speaker says these words…

(and please remember that on GiveMeSomeEnglish!!!, we are using The Common Tongue Pronunciation – aka, a mid-western General American Accent.  This is not only because I grew up there, but because this is the accent that most people in the world desire to learn because of its lack of any distinct regional dialect.)

As I was saying…  if one were to listen to a native speaker — or better yet, if a native English-Speaking teacher were to listen to Him- or Her-Self — then He or She would hear (whether that person admits it or not) three different sounds.

If I hear the truth, then that will change everything… NOOOOOOOOO!!!!!!!!!!!!!
All of the words above carry an element of the sound which is the same.  However, each one changes as it progresses into the sound of the next letter, thus creating a combination of two vowel sounds put together.  This is what we call a “Diphthong”.  And this is where the text-books (and nearly all teachers) fail.
. I can only speculate (from my own experiential knowledge) that the reason for this failure is because of two mis-guided and mis-taken ideologies:

1.  They Think That It Will Be Too Difficult To Explain 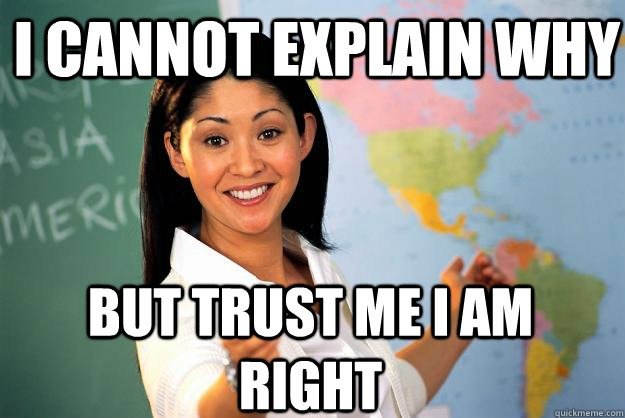 2.  They Think That Explaining It In The Way That It Actually Is Will Be Too Difficult For The Learner – and/or will only cause frustration which they are not prepared to counter with re-assurance & inspiration…  (At least this is how they rationalize it to themselves.) 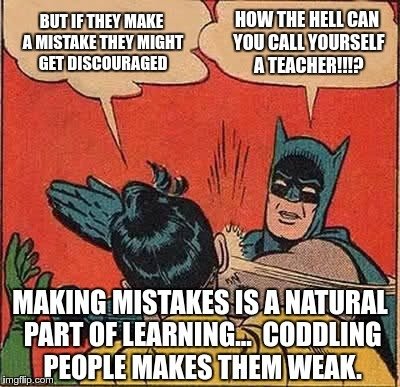 Luckily for those of you learning English — I have much more faith in your ability to comprehend things which are not difficult but may be complex.  I also have faith in the power of the human brain to assimilate new ideas.
.

And most of all — I have respect for those of you who value TRUTH over convenience.  I also firmly believe that honoring that respect is the most important thing in my self-assumed duties as a teacher.

The Different Pronunciations of The Long A Sound

1.  The ONLY time that The Long A sound is a TRUE Long “A”  – /e/ –  (not a diphthong) is when The Long “A” is in front of a Stopped Consonant Sound or a sound which is a Syllabic Consonant.

(And even this is arguable if one were to record the speaker and slow down the recording enough to examine every sound…  but that’s really not the point here… and no, this is not a simplification like the one I mentioned above.)

(The symbol for the letter “d” above, is the symbol for the “flap-D” sound – which is exactly the same as a “Flap-T”, and will be covered in another blog post very soon.  In the interim, check out this video for a brief explanation.)

Each of the explanations above are NOT in any way, “rules”.  In fact, if there are any teachers out there reading this, I’m sure that this post will “ruffle some feathers” and they would end up dis-agreeing with me…  not my concern.  The explanation and symbols above are representations of the way the sound naturally flows in each situation. 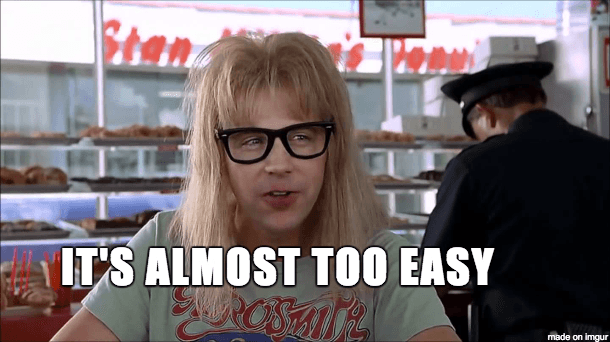 The explanations above are also given to “correct” the mistake that many discriminating minds will notice if they were to look-up the same word in more than one dictionary and notice that the phonetic spellings are quite different from one source to the next — and that each source will respectively use the same symbol for more than one sound.

So at this point, you may be thinking to yourself (though hopefully not)…  So what!?  If I have (as you mentioned before) already been using these sounds, how does this change anything for me as a learner of English?

And The Answer To That Is…

It makes you smarter than most of the teachers and text-books out there in the world…  Or at least more able to deal with The Truth.

And more importantly, it shows that text-books, teachers, and even “The Holy Dictionary” are not the ultimate authority — and in many cases are actually wrong.  YOU and your discerning mind are the only authority that you should have in your life.  Those other things should only be a guide in helping YOU to realize the Truth on your own.