(This Phrasal Verb can be both idiomatic or literal)

Literally – this phrase is used to describe when a person is so incredibly frightened or scared by something, that he or she is literally shaking or “trembling“.
.

Idiomatically (or as is commonly said:  “figuratively Speaking”), this phrase is used — in an exaggerated sense — to express that one is just very very scared;  even if that person is not actually trembling.

“To Tremble” means:   “To shake involuntarily — usually because of experiencing anxiety, excitement, or fear.”

In this phrase, the word “with” can also be replace by the word “in” — however it is not as common, and is grammatically not as precise.  But no one really seems to care about that very much — so whichever you think sounds better…  well, just say it that way 😉
.

Grammatically speaking — it would be more logical & proper to say that a person is:  “trembling from fear”…  but — as you probably know by now (especially after the explanation above) — the English language is not always “grammatically logical” when it comes to common usage.  So, instead, we usually use the word:  “with”.

“She was “trembling with fear” when she realized that she had forgotten to take the red lipstick out of the pocket of her brand-new pair of white jeans before starting the load of laundry in the washing machine.”

“He was “trembling with fear” when he found out that no one actually thinks that he is funny anymore — and because of that, his career as a comedian is essentially over.”

As with the second example above — this phrase can also be used, sarcastically, in response to some sort of threat or a situation where-in a person is trying to come across (either through spoken or written form) as being very tough or intimidating…  but is somehow failing. 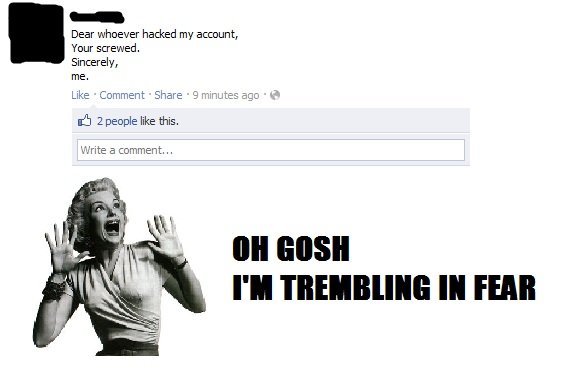 Other Phrases With The Word, “Trembling”

One can also be:  “Trembling with…”

Trembling with… well, you take your pick 😀

Thanks For Stopping By!

I hope that you enjoyed today’s lesson, and that it leaves you “Trembling” with…  well, something good!