[su_dropcap style=”flat”] I[/su_dropcap]n a previous post — I explained what a “Countable” Noun is, and I also gave a brief explanation of “Un-Countable” Nouns (sometimes mistakenly referred to as “Non-Count Nouns”.)  So now we’ll go more in-depth into that subject.

What Is An “Un-Countable Noun”?

The word “Shit” is an Un-Countable Noun.  It is not possible for there to be many “Shits” (at least it would not be grammatically correct to say that)

Since the word “Shit” is an “Un-Countable” Noun — the phrase:  “one big pile of” — actually functions as a “Quantifying-Phrase”, which is used to refer to How Much “Shit” there is.  (It should be obvious that “One Big Pile” is not a proper unit of measure.)

The Types Of Quantifiers Used With “Un-Countable” Nouns

[su_dropcap style=”flat”]T[/su_dropcap]o speak about Countable Nouns we can use Articles (a, an, & the), Numbers, and Direct or Indirect Pronouns (His, Her’s, This, That, etc.) in order to say, “how many”.

“That monkey just ran up and pulled that poor dog’s tail.  And then, did a loop around that cable, before finally going back to grab one of its legs!”

[su_dropcap style=”flat”]H[/su_dropcap]owever — when we are speaking about “Un-Countable” Nouns — we have to use some sort of unit of measure (a glass of…, a bottle of…, 750 ml of wine.)

[su_dropcap style=”flat”]O[/su_dropcap]r we can use some other Determiner (a word which indicates specific information about the Noun) which MAY be much less exact and may be different for each individual.  (However — you can see by the example of 750ml — it can also be very exact.)

About Four Or Five Lollipops

Only A Few Meatballs

A Bunch Of Cereal and Milk

A Huge Pile Of Ketchup & Mustard

Many Pieces Of Chopped Onion

A Monster Pile Of Spaghetti with Sauce

Some Big Chunks Of Parmesan Cheese

A Big Glop Of Chocolate Sauce

A Bit Of Whipped Cream

And All That Means A Lot Of Awesomeness, Hilarity, And Joy! 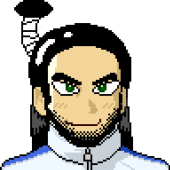