“When One Door Closes, Another Door Opens”

This common expression is an Metaphorical Aphorism, which can also be classified as a Proverb, an Interjection, and a “Saying”, and implies that…

This phrase is most-often used when someone is disappointed about some lost opportunity (perceived or real), or when something does not go “right”.  In that situation, the speaker might use this phrase in order to “cheer up” the person who is upset about that lost or missed opportunity.

The phrase “When One Door Closes, Another Door Opens” is Metaphorical because it is not referring, literally, to actual “doors”.  Instead, it is using the Metaphor of “Doors” to refer to an opportunity that will change one’s situation — just like going through a “Door” will result in one being in a new, and often different setting. 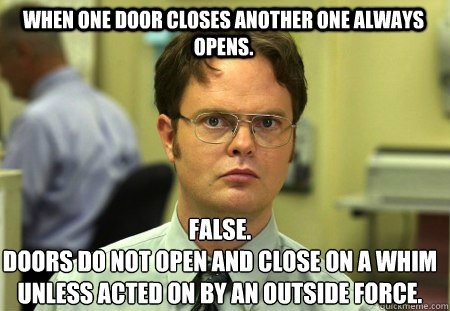 (This Guy Does Not Comprehend Metaphor)

(Did You See What I Did There?)

This phrase is a Proverb AND an Aphorism because, well…  Those two things are quite often the same.  The only difference is that an Aphorism can be ridiculous, Cliche, and sometimes not even true — where-as a Proverb is used to convey a general Truth or “tid-bit” of Wisdom.  And, as the experiences of millions upon millions of people has shown — this is also a general Truth of.  There-fore…  a Proverb.
.

But — as this is such an over-used “Saying” — and is also usually used by people who don’t really have much experience with what they are talking about (but often use Aphorisms in an attempt to sound intelligent) — then it also qualifies as an Aphorism (because it is very “Cliche” when those kind of people say it). 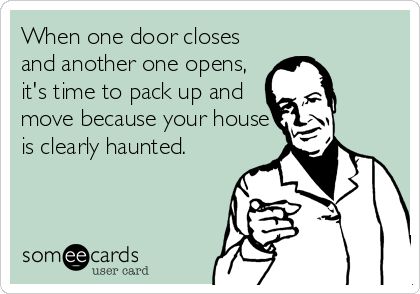 Referring to any phrase as a “Saying” — though being VERY commonly — is actually NOT a grammatical term, and is actually quite ridiculous.
.

Expressions like this are most-often referred to as “Sayings” because they are things which many people…  “Say”…  That is literally the definition of the term:  “Saying”…  Pretty Silly, Huh? 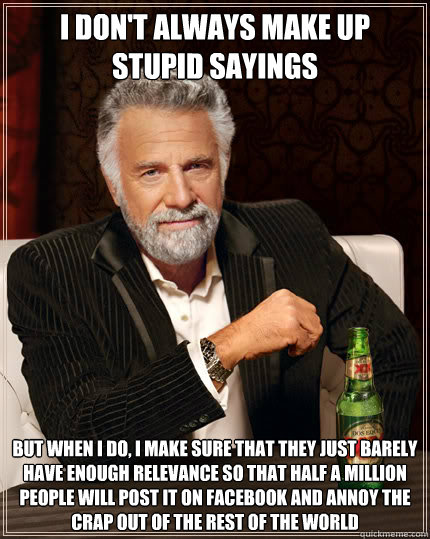 Despite what a lot of text-books show and imply — Interjections are, very-often, more than just one or two-word exclamations, such as:

All of those expressions ARE indeed Interjections — because they are short exclamations used to express emotion, opinion, or attitude about something — and they are not questions, or meant to elicit any further response.
.

There-fore — the phrase:  “When One Door Closes, Another Door Opens” — can also be used as an interjection for the same reasons as were explained in the first paragraph above;  to make some statement for the sake of offering advice, or — in the case of this phrase — to console someone who feels that they have just lost some opportunity.

But because a phrase like this IS sometimes considered to be very “Cliche” — it is not advised to use this phrase unless you absolutely know that the person you are going to say this to will be receptive to what you have to say (like a parent telling a child — or a person who actually came to you for consolation).